For many years now I've been searching my past in an endeavor to unfold the tales of my family. I've traveled (via the internet) to England, Denmark, Norway, Ohio, Nebraska, New Jersey, Philadelphia and Pennsylvania. I've spent time personally visiting historic Boston and their wonderful cemeteries and, or course, visited my ancestors right here in California. My ancestors have touched the world in many places... and I hope to enjoy some of their experiences. I want you to join me as I travel through my past... and uncover their stories..

25 June 1877 -  Administration of the effects of George Booth formerly of Woolwich in the County of Kent Sergeant in the Royal Marines but late of Merriott in the County of Somerset a Gunner in the East India's Company's Service a widower who died 12 August 1859 at Neemuch in the Presidency of Bombay was granted at Taunton to George Paul Read Booth of Oxford-road New Windsor in the County of Berks Baker the Son and only Next of Kin.

The above is the Probate Court determining who is next in line for his estate.  The odd part is .. everyone else on that page died in 1877 .. but George Booth died back in 1859 so this is done 18 years later.

It states that he served in the Royal Marines as a Sergeant and Gunner in "East India's Company's" service. I was reading up on East India's Company and there was a significant battle that took place and they mention the city of Kabul (which is know is the capital of Afghanistan).  It was stating that the British sent soldiers to help in the battle and that those who volunteered in this battle were sending themselves on a suicide mission as there were few that survived.
It states he died in "Neemuch" and this is what I found on that place ....
>>> Neemuch (Hindi: नीमच)   or Nimach is a town in the Malwa region in state of Madhya Pradesh, India. Neemuch shares its north eastern border with state of Rajasthan. It is the administrative headquarters of Neemuch District. Nimach is an abbreviation of "North India Mounted Artillery & Cavalry Headquarters". Formerly a large British cantonment of Gwalior princely state, the town in 1822 became the headquarters of the combined Rajputana–Malwa political agency and of the Malwa Agency in 1895. It is a road junction and distribution centre for agricultural products. It is the birthplace of Central Reserve Police Force (CRPF) in 1939. The town hosts a large scale recruit training center for CRPF, and still maintains Neemuch's British Military Cantonment, one of the first of its kind in India. Neemuch is known as India's Eye donation capital as it accounts for the highest per capita eye donation rate in the country. Neemuch has been known for the production of opium, through the government-owned Opium and Alkaloid Works. Handloom weaving is the major industry here. From Wikipedia, the free encyclopedia

It also states that this was "granted in Taunton".   This is what I learned about "Taunton".
>>> Taunton is the county town of Somerset, England. It is the largest town in the shire county of Somerset.The town has over 1,000 years of religious and military history, and is now undergoing a regeneration project. It has various transport links which support its central role in economy and commerce. Taunton is the site of Musgrove Park Hospital and Somerset County Cricket Club's County Ground and is home to 40 Commando, Royal Marines. Central Taunton is part of the annual West Country Carnival circuit. The United Kingdom Hydrographic Office is located on Admiralty Way.  From Wikipedia, the free encyclopedia

And this is what I found out about East India Company and the British during this time . . .
The British had control over almost all the parts of India except the Mughal Empire, which was  achieved during Sepoy Mutiny of 1857.In the Indian Mutiny of 1857-1858 the 2nd Goorkhas showed striking proof of their loyalty at Delhi where, together with the 60th Rifles (now part of The Rifles), they held Hindu Rao's house, the key to the British position which was under continuous fire from the mutineers, for over three months.  During this period the 2nd Goorkhas suffered 327 casualties (including 8 of their 9 British Officers) out of a total strength of 490.  Also during the mutiny, 12 Nepalese Army Regiments, a force of 8,000 men under the personal leadership of the Prime Minister of Nepal, took part in the final relief of Lucknow.  Taken from http://www.army.mod.uk/gurkhas/history.aspx/

It appears he never made it back to England alive and it took them 18 years to actually claim his as dead. Don't know .. that's just speculation.   What an interesting story ....   I sure am learning a lot about history.  :)

Warm Regards . . .
I love genealogy and have for over 30 years. When I can . . . I visit cemeteries as I enjoy their peacefulness and serenity. I'm a regular contributor on FindAGrave.com and am an indexing volunteer transcribing census records. 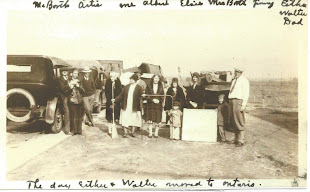 The Booth's moving to Ontario, California 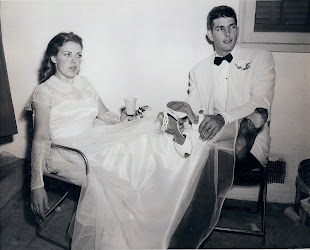 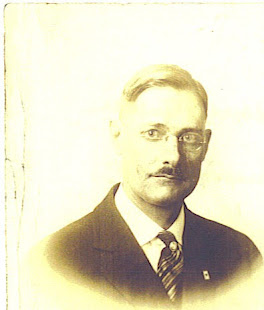 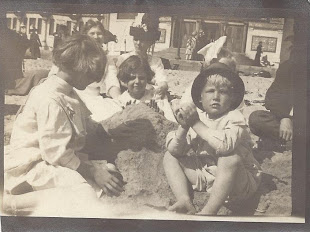 Elsie, Esther & John Ferrier with Mom Laura in the back (no hat) 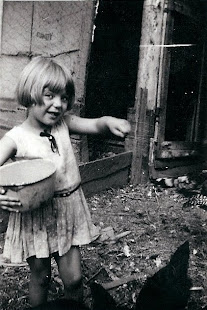 Norma Rasmussen feeding the Chickens ~ abt 1930 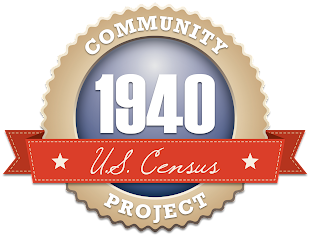 Copyright © 2014
Travels Through My Past